Ottawa is changing. This past year, we’ve recognized the dual threats of climate change and the housing crisis. We’ve launched LRT, but questions swirl about the partners we’ve chosen to deliver these projects. And the development of the new Official Plan will set the tone for Ottawa’s growth for the next ten years.

This term of council, Ottawa is developing a new Official Plan (OP). The OP will set the direction for Ottawa for the next decade. It covers everything from housing to environmental policy to transportation, and it’s important that we get this right. This document will guide all city-building efforts. 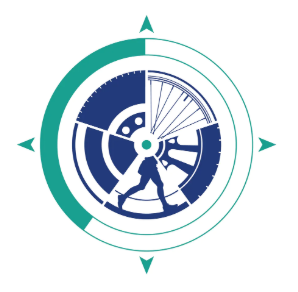 We can’t afford to expand the urban boundary. Such a move would lead to greater environmental degradation, increased infrastructure costs and increased housing costs. By focusing on intensification and density throughout areas within the current urban boundary, we build a more sustainable, livable, affordable and inclusive city for everyone.

It’s been a decade since the last time the city considered its urban boundary. Back then, I joined other residents to fight expanding the urban boundary. We worked with Ecology Ottawa and Our Ottawa (a group trying to bring democratic change to the city).

We rallied at City Hall. Hundreds came together to urge council to “Hold the Line”. We talked about the environment, infrastructure costs, road building and maintenance costs, pressure on taxes, and density.

The Ottawa Citizen covered our efforts, writing, “Mountains of literature have been written about how the urban boundary saves farmland, keeps the core healthy, is environmentally friendly and holds taxes down.”

And while the development industry lobbied for more and more expansion, and more sprawl, we kept working. And we won. City council voted to “Hold the Line”.

It was a close vote, 12-11, and those 11 Councillors who voted for expansion argued that if we didn’t agree to keep sprawling, there’d be an appeal to the Ontario Municipal Board (OMB) and we would lose.

We hear this sort of argument all the time (it’s basically the same argument staff used to push through a failing SNC-Lavalin bid to win the LRT Stage 2 contract). The decision will be overturned... or it will cost too much in legal fees to defend.

This time, there’s no appeal to the OMB or the Local Planning Appeal Tribunal (LPAT). Now, we can push through with sound policy, building a stronger, more sustainable city. Councillors can vote their conscience without the threat of an appeal.

And that’s what we need to do. We must Hold the Line of the urban boundary.

We can’t keep building a dispersed city that doesn’t meet the needs of the most vulnerable.

In the coming weeks, we’ll hear specious arguments from the development industry and their cheerleaders, claiming sprawl will address our housing crisis, or that families need sprawl, or a dozen other thoroughly-debunked claims.

We must Hold the Line.

Speaking of the urban boundary, on Saturday, February 22, join the City for All Women Initiative, the Federation of Citizen’s Associations, the Healthy Transportation Coalition, Ecology Ottawa, the Greenspace Alliance of Canada’s Capital, CAFES, Bike Ottawa and other organizations collaborating on The People’s Official Plan for Ottawa’s Climate Emergency. The workshop, Just Healthy Neighbourhoods, will focus on fighting urban sprawl.

Register here, through the Healthy Transportation Coalition.  Space is limited.

We need an independent, external, public review into the process and decision-making on LRT Stage 2. The city made the decision to go outside Infrastructure Ontario and our own procurement bylaw. It is very unfortunate that a decision was made to ignore the fact that TransitNEXT (SNC Lavalin) twice failed to meet the city established minimum technical score. Furthermore, city staff were given an extreme amount of delegated authority to push this through the bidding process. And it is concerning that city staff seemed to evade legitimate and specific questions from councillors at the March 6th council meeting. These are all glaring issues which need to be addressed.

My team is approaching this issue on multiple fronts.

I’ve tabled a motion to be considered at the next Council meeting which would review our procurement and delegated authority bylaws. I have also made a request for the cost and implications of ending the 30-year maintenance contract with RTM.

After speaking with my colleagues, we believe our best course of action for an independent external review is with the Ombudsman in Ontario. I would encourage you to write to that office and make a formal complaint regarding the Stage 2 procurement process and decision-making in Ottawa. There is an online form to file a complaint, as well as a phone number and mailing address here: https://www.ombudsman.on.ca/contact-us.

On January 29, City Council unanimously approved the Climate Change Master Plan which aims to take unprecedented collective action to transition Ottawa into a clean, renewable and resilient city by 2050. The plan sets ambitious targets to reduce greenhouse gas (GHG) emissions by 100 per cent from the community by 2050 and from City operations by 100 per cent by 2040. Over the next five years the City will prioritize eight actions including encouraging community action, implementing Energy Evolution and developing a climate resiliency strategy. Stay tuned for more information about how you can take action on climate change at home and in your community.

Find out more about the Climate Change Master Plan. 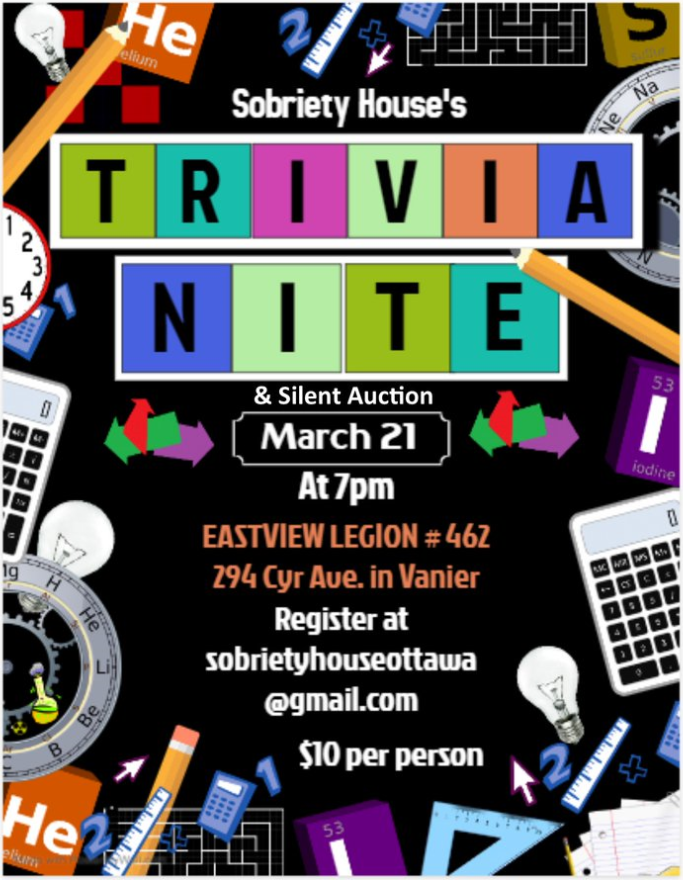 Located in the Glebe, Sobriety House is a non-profit residential, addictions treatment centre offering ongoing after-care for those with issues related to alcohol and/or drugs. On Saturday March 21 at 7:00 pm, they will host their first ever fundraising Trivia Night and Silent Auction.

Create a team of 6-8 people and show off your trivia skills! There will also be a silent auction running throughout the evening.

The event will be at Eastview Legion, 294 Cyr Ave., there’s free parking, and all players should be of legal age.

Please pre-register preferably by email to sobrietyhouseottawa@gmail.com Attention: Kim, or message us on Facebook.

Senior’s Watch Old Ottawa South (SWOOS) has proposed a multi-generational housing development which would see people young and old co-operatively living together. Such a development could help allow our elders to age in place, as well as help allow our young stay in the neighbourhoods they grew up. You can read more about this excellent proposal in a CBC article here. SWOOS also has a survey gauging interest in future developments of this nature here. Please fill it out.

The City of Ottawa has produced a Discussion Paper proposing changes to the R4 family of zones, in order to enable and encourage the development of small, affordable and context-sensitive infill apartment dwellings in and around downtown. The Discussion Paper and other materials can be found at Ottawa.ca/R4Zoning.

The City is now accepting applications for the annual Community Economic Development Funding Program, which funds projects that reduce barriers to employment and create jobs for disadvantaged populations.

Grants are available for non-profit organizations that are starting businesses and creating jobs, or helping people that are under-represented in the mainstream economy – including lower income youth and older adults, rural residents, new immigrants and visible minorities – to develop entrepreneurial and employability skills.

This program awards up to $280,000 per year to projects that are selected by a jury panel of reviewers. Please consult the eligibility criteria for more details.

Applications are open until Friday, March 20 at 4 pm.

The O-Train system is extending farther south, east, and west as part of the Stage 2 Light Rail Transit Project. With initial construction underway on all three Stage 2 extensions, the City of Ottawa is hosting introductory information sessions to provide a project overview and what to expect during the first phase of construction in 2020. The Stage 2 team will be available to discuss the project and answer questions.

If you have any questions or require special accommodation to attend, please contact the project team:

Join Crime Prevention Ottawa to learn about disturbing trends linking animal abuse and intimate partner violence. CPO is hosting this event in recognition of International Women’s Day and the ongoing violence women experience at the hands of their partners.

Panelists’ remarks will be in English only with PowerPoints in both English and French. Questions will be encouraged in both official languages.

Last Saturday, the Mutchmor Rink in the Glebe hosted this year’s Capital Ward Cup. Congratulations to the Old Ottawa South Moose who defeated the defending champs, the Old Ottawa East Hosers, to hoist the cup.

The event coincided with the Mutchmor Rink Party—a celebration of the return of a hockey rink to the Glebe, which the community and our office fought for. It was a great time, with hockey, hot dogs and a great community!