A Visioning Exercise for Lansdowne Park—April 2, 2019 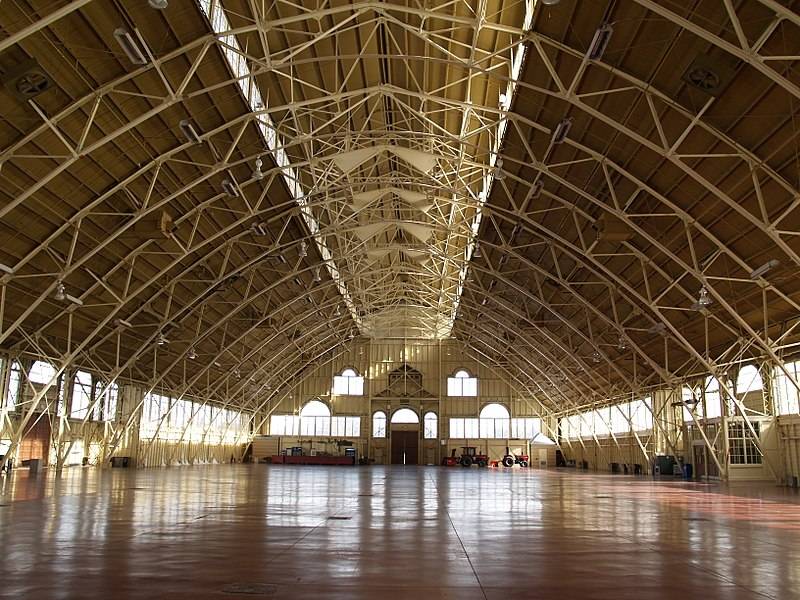 The re-development of Lansdowne Park was undertaken as a partnership between the City of Ottawa and the Ottawa Sports and Entertainment Group (OSEG). The agreement between the two parties called for revenue distribution to follow a “waterfall” method, whereby the costs of capital investments would be paid back before other payments were made. The city would receive payment on accrued interest on “deemed equity”. Further down the waterfall, OSEG and the city would split any profits.

With the 2017 Lansdowne Partnership Annual Report comes news that the economic and financial outlook of the park has been adjusted. It is now predicted that the City of Ottawa will not receive re-payment for interest accrued on deemed equity, nor will we earn any profits throughout the life of the 30-year agreement. Further, OSEG is not expected to receive re-payment on $120M worth of capital investment.

Lansdowne has been a thorny issue for the city, for Capital Ward and for the Glebe for many years. Originally used as an exhibition grounds that would help animate the waterfront along the canal, the park has taken on numerous iterations, and hosted a variety of events and organizations—from agricultural expos to military exercises; from sporting events to the Central Canada Exhibition. Currently, it is best known as the home of Ottawa’s CFL franchise, the Redblacks.

Before the rejuvenation of the park, Lansdowne was in a sad state. The lower level of the south side stands had decayed beyond repair. The grounds were essentially a giant, rut-filled parking lot. Despite still hosting—often successfully—some events, the park was mainly a testament of urban decay. It was—and had been for years—a significant expanse of underutilized, under-performing and under-visioned city property...not to mention a neglected part of Ottawa’s history.

The city moved on, though. It grew and expanded. The surrounding community, the Glebe, continued to prosper, with an engaged community, vibrant shopping and commercial district, and lively street culture.

It was hoped that Lansdowne would fit in and benefit from this thriving urban community. It was to be an “urban village” that would offer a wider variety of stores, restaurants and residences. It would enhance and complement what was already working so well in the Glebe.

But that doesn’t mean we have to accept defeat. We have decades left in the current arrangement, and it is imperative—again, for the city, the ward and the neighbourhood—that we do what we can to fix the problem that is Lansdowne.

If we want to get Lansdowne right, we need to decide what it is we should expect from the park. It’s clear that the current vision for Lansdowne—a place of big events and bigger festivals—has failed, neither bringing sustained financial benefits nor fostering a consistent, active and animated urban environment. The urban village has been reduced to an urban wax museum, where life-like city vibrancy can be seen, but can’t come to life, can’t interact, can’t speak to you.

So let’s talk about what Lansdowne should be.

Most importantly, it should be...

A Place for People

Sure, this sounds simplistic or obvious, but in all the desire to “fix” Lansdowne, a focus on people has gotten lost. Pedestrian areas are overtaken by fenced off patios and parked cars. They’re used for loading zones, staging areas and storage. The layout and the traffic don’t make space for people to walk, wander, linger and make the grounds their own.

A Place for Families

There are many events that are family-friendly at Lansdowne, but there are many that don’t make space for parents and children—they are expensive, loud, lack amenities for kids or have an over-reliance on alcohol consumption.

However, kids have always made the best of Lansdowne—whether it’s the play structure, the skatepark or the sledding hill, children animate the park more than any other demographic; yet, children’s space is relegated to the back of the park, away from anything for parents (including shade). It’s regularly taken over for staging special events. And to get to it, children are forced to navigate car traffic that regularly drives too fast and too negligently through the park.

Restoring much of the park for families will make for a livelier space; it will invite more people at more times to the park; and it will help ensure that a generation grows up with a fondness and connection to Lansdowne Park.

A Place for Mobility

Lansdowne Park has become a place for cars, first and foremost. Even the most recent store opening was of a car dealership. It’s an odd look for an “urban village”.

We have routinely made more and more accommodations for driving. Shortly after the opening, we painted lines all over the park, making the “Pedestrian Priority Zone” an afterthought—nothing more than a couple of signs posted at the side of a typical road. Stores are allowed to offer validated parking, further incentivizing driving at the expense of other modes of transit. We routinely allow parking all over Aberdeen Square. We allow parking on the south and east sides of Aberdeen Pavillion. We lack parking enforcement. When people were parking illegally near the basketball courts, we simply made that parking legal, conceding even more space to cars.

We focus so much on driving that we ignore the fact that it does not enhance mobility. Moving around the park is uninviting and challenging, as the sides of the Pedestrian Priority Zone are clogged with parked cars, and the rest of the Pedestrian Priority Zone sees an immense amount of traffic, often speeding, often using the park as a cut-through between the QED and Bank Street.

We need a more inviting space for pedestrians, bicyclists, people on scooters, skateboarders and everyone else not in a car.

And this goes beyond the park grounds. The Glebe has insufficient infrastructure for active transportation. We need to get people to the park using buses and bikes. We need them to be able to walk.

A Place for City Life

There’s no coffee shop at Lansdowne. Sure, there are places to get a cup of coffee, but the two legitimate coffee shops have closed down. Imagine an “urban village” that can’t support a coffee shop.

It might seem like a weird complaint, a trifle, a peccadillo, but it’s quite telling. Lansdowne lacks a vibrant urban street life. It lacks the basics of city living. There are reasons for this, much to do with the built environment, but it’s also about our intentions—the approach we’ve chosen for Lansdowne.

Reading the recent report, you’ll learn much about the special events at Lansdowne (The Grey Cup! CityFolk! The Mayor’s Breakfast!), but as fun as these may be, they offer nothing in terms of day-to-day vibrancy. Lansdowne is slow and dull on a Tuesday morning (while a block away, Bank Street is alive).

Yes, throwing 181 events in a year will get you a lot of visitors at those events, but it will be hollow. You don’t want people to use the park; you want them to enliven the park.

So we’ve identified the need for a new vision; here are a few things to do to make the park more livable, inviting and dynamic. Some will overlap, but that’s okay. There’s a spectrum of options and there should be a harmony to various improvements:

Reduce the number of cars on the grounds

It’s okay to admit a mistake. In fact, we must admit our mistakes if we’re able to move forward and build a better city. This is our chance to correct the mistakes of the past five years and make Lansdowne a thriving part of a larger, dynamic community. We can’t squander this opportunity.