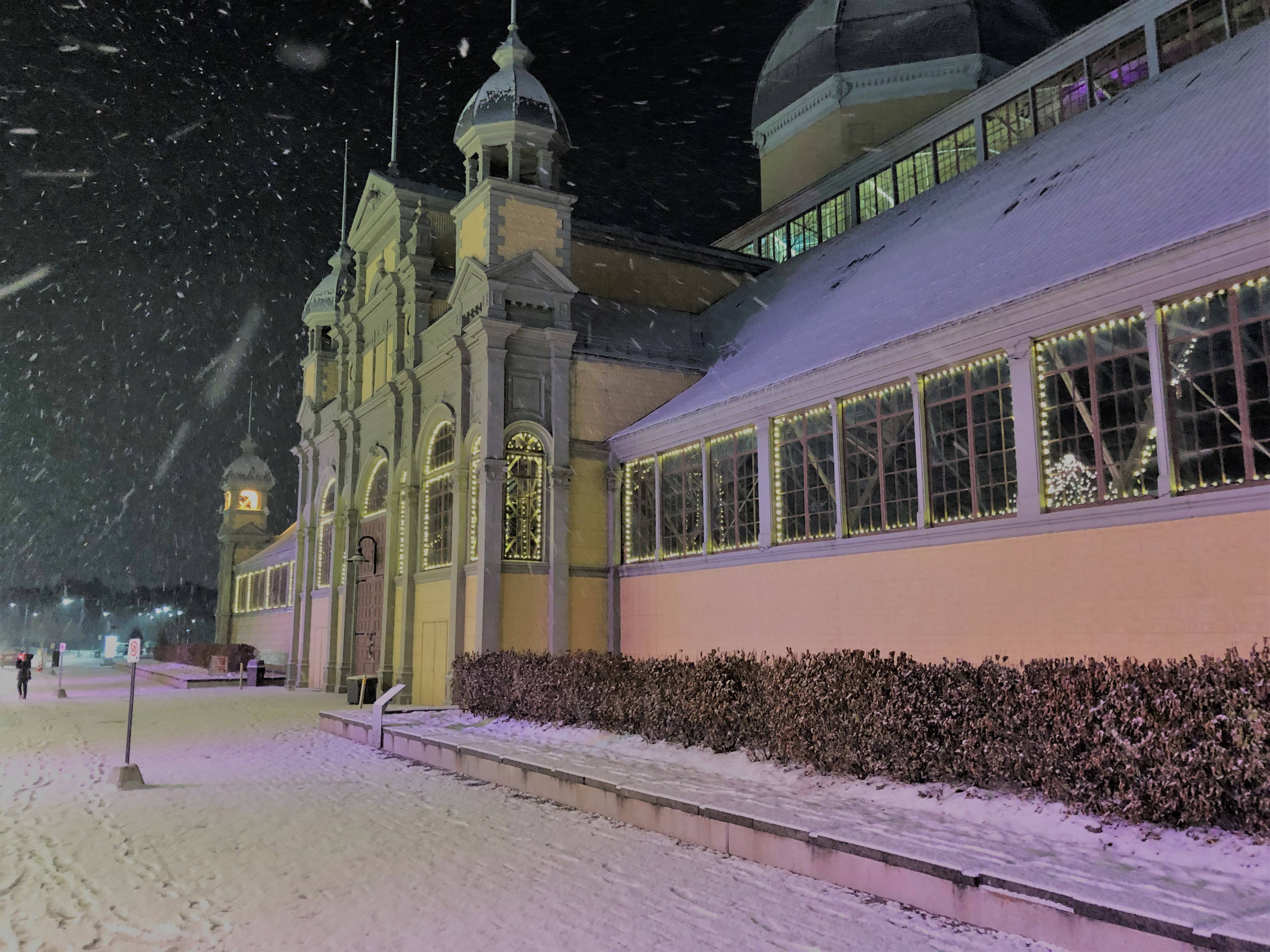 OSEG has withdrawn its proposal to manage the programming and operations of the public spaces at Lansdowne Park. Instead, they have pledged to work in collaboration with the community, city and our office to see if there’s a better approach for improving Lansdowne. I commend them for taking this approach.

Last spring, our office released a vision document for Lansdowne Park, A Place for People. We believe that in working openly with the community, city staff and OSEG, we can realize many of these goals together. We anticipate broad consultations on the entire 40 acre site to come.

Lansdowne is one of those rare sites in Ottawa that really allows you to dream big when it comes to city-building. We want to continue fostering a multi-functional, creative community space that is integrated into the urban fabric.

Monday evening, city staff released a number of documents related to the procurement process for LRT Stage 2 as a result of an accountability motion our office helped author, including the Request for Proposal for the Trillium Line extension that was awarded to TransitNEXT (SNC-Lavalin) despite their proposal failing to meet the technical requirements threshold.

This is a significant issue for the city and residents. SNC-Lavalin was allowed to proceed in the bidding process when the law firm Norton Rose Fulbright (which also represents SNC-Lavalin) wrote an opinion to the city that a bidder could file a lawsuit should they be disqualified from the bidding process, citing vague scoring criteria, among other elements. It appears that Norton Rose Fulbright wrote the criteria for the technical scoring.

We will also be asking city council to officially request that the provincial ombudsman launch an investigation into the procurement process of Stage 2. as well as into the LRT Stage 1 issues we’re experiencing. We would also encourage you to write to that office and make a formal complaint regarding the Stage 2 procurement process and decision making in Ottawa. There is an online form to file a complaint, as well as a phone number and mailing address here: https://www.ombudsman.on.ca/contact-us.

In addition, we will seek independent legal advice to review the terms of the warranties with Alstom. We want to know when we can execute the “Epidemic defects warranty” and send these trains back for a full refund.

We will also seek independent legal advice regarding Rideau Transit Maintenance’s contract and when and how we may consider dissolving that agreement due to failure to perform. That would allow us to bring maintenance services in-house, as we have with the O-Train that’s been running smoothly for over 20 years.

Finally, we will call on the city to hire a mass transit expert to advise and help design a full bus and train system that will effectively move people by transit across the entire city.

Starting May 3, the Trillium Line will be closed for 28 months as part of the work being done on Stage 2 LRT. The Trillium Line, also known as Line 2, is the original O-Train that runs from Bayview Station in the north, through Carleton University and on to Greenboro Station. This will be challenging for residents and students who rely on the relaible train.

While closed, OC Transpo will run a replacement bus service, R2, from South Keys towards Heron, then take Bronson to Carling, before continuing along Preston to Bayview Station. The city is creating an advance bus lane at Bronson (northbound) and Holmwood, and creating a bus-only entrance/exit to Carleton. 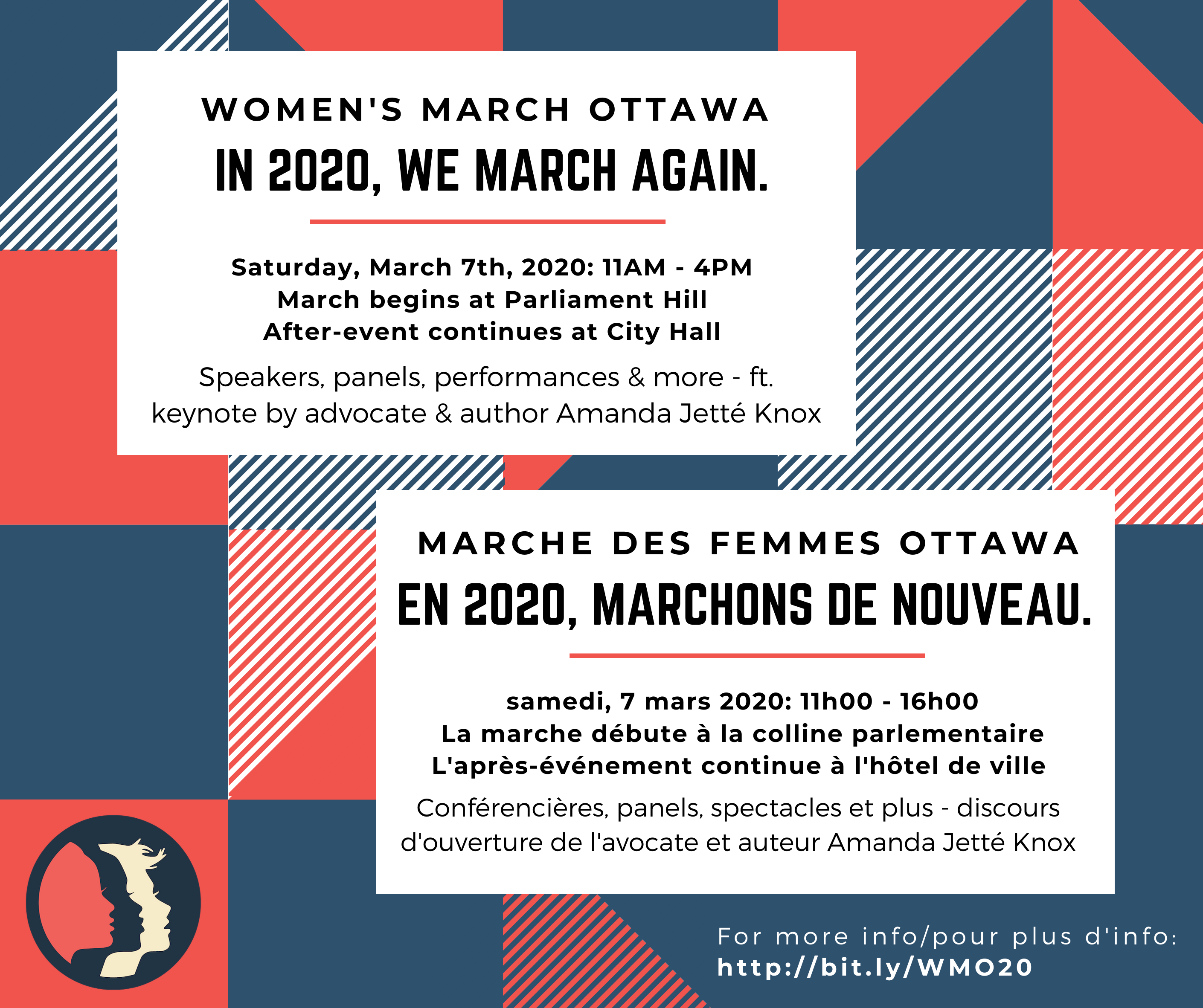 This year’s Women’s March is taking place on March 7, starting at 11 am on Parliament Hill, through downtown and back to City Hall. The march will be followed by activities at City Hall, including a keynote speech by advocate and author Amadna Jetté Knox.

Ottawa Distinguished Women is pleased to announce that on March 5 its new bilingual website www.FROttawaDW.ca will go live! FROttawaDW.ca recognizes local women whose achievements and contributions have enriched the quality of life for Ottawa’s citizens. Their stories are inspiring, and at times, heart-breaking. Some have passed away but each in their own way has made significant contributions to making Ottawa a better place for all.

Recently, I had the opportunity of visiting with a local Girl Guide troupe. It was a great evening, chatting with some very thoughtful young residents about their community and their municipal government.

After the meeting, I received an email from one parent. In the message, she noted that her daughter has no safe way to get to school, because she must cross Bronson Avenue. We are working with city staff to see if we can get a crossing guard at Bronson and Madawaska/Fifth. We thought it might be helpful if residents would share their experiences crossing Bronson with staff. If you have had issues with Bronson, please contact Carina Duclos at Carina.Duclos@ottawa.ca and include our office CapitalWard@ottawa.ca. 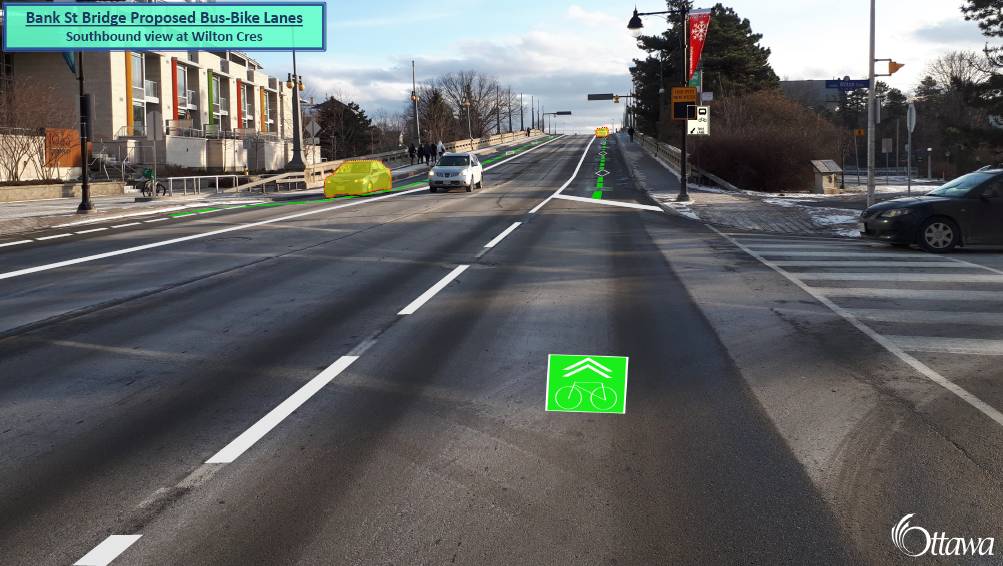 Back in December, we hosted a public forum on Bank Street Transportation through Old Ottawa South and the Glebe. We know the street does not currently meet the needs of all road users. As a first step, we have released our As We Heard It report. This report includes the presentations by community groups and city staff, as well as the feedback we received before, after and during the meeting. You can find the report here.

The provincial government is consulting on a renewal of Ontario’s Poverty Reduction Strategy, which will have major implications for Ottawa. This is an opportunity to provide your feedback on improving social assistance in Ontario, which would be a very important element of a sound poverty reduction strategy. You can participate through an online survey or by submitting written feedback here. The deadline to participate is March 30.  Check out this helpful backgrounder from Community Legal Services that can help inform your feedback.

The City is inviting all residents to help shape our new Community Safety and Well-Being Plan. The plan will outline strategies and actions aimed at fostering inclusive communities, where everyone in Ottawa feels safe, and supported by a robust social safety net.

We will seek public input on crime and safety, including on the root causes of these issues, examining factors such as education, health care, food, housing, income and social and cultural expression. City staff will present the final Community Safety and Well-Being Plan report to Community and Protective Services Committee and Council in the fall of 2020.

You can find more information on the Community Safety and Well-Being Plan online.

We want to hear about the community safety and well-being issues that matter most to you. Starting on Tuesday, March 3, residents will be able to provide input through an online survey at Ottawa.ca/CSWBP. The survey will remain open until Friday, April 3.

You can also register to attend one of four in-person public-engagement sessions across the city. Space is limited, so please register early. Sessions run from 6:30 to 8:30 pm and doors open at 6 pm.

If you can’t participate in one of these sessions, you can still provide input through the online survey starting on Tuesday, March 3.

In February 2018, staff brought forward a report to the Transit Commission entitled Amendments to the Transit By-law for Multimodal Operations, which was approved by the Transit Commission. One of the approved recommendations was for staff to develop and implement a busking program for Line 1 transit stations to ensure the proper management of busking activities. The program was subsequently established in collaboration with the City’s Recreation, Cultural and Facility Services Department.

The main objective was to create a busking program that defines the selection, approval, registration, scheduling, and on-going management of buskers at Line 1 stations. As a result of best practice research and a benchmarking exercise, the final busking program will contain the following elements:

The busking program will bring local musical entertainment, vibrancy and a sense of community to O-Train Line 1 stations, and it will also help to expand City-led music programing. The program falls under the City of Ottawa’s #ottmusic initiative and reinforces the Council-approved Ottawa Music Strategy.

The program is anticipated to launch in Spring 2020. This Monday, February 24, the online application will be made available on ottawa.ca, and a call-out to musicians will go out through City of Ottawa communication channels. The application process will run from February 24 to March 27, 2020 and will be promoted on social media throughout the application period.

Public consultation for the Ward Boundary Review will occur in two rounds. The first round (March 4 – April 3, 2020) is aimed at receiving input from residents, key stakeholders and Members of Council on the City’s current ward boundaries. This round will result in an Information Report setting out new ward boundary options, which will be considered by the Finance and Economic Development Committee and Council in Q2 2020.

An online survey will run from March 4 until April 3, 2020 and will be available through the Engage Ottawa platform on ottawa.ca/wardboundary. Residents may also contact wardboundary@ottawa.ca with questions or comments.

In the City of Ottawa, all streets have parking limits in order to facilitate the turnover of parking spaces.  These rules also ensure that the City can properly plow or sweep the roads.

This regulation is largely enforced on a complaint-basis on residential streets that do not have posted parking restrictions.

You can file a request for enforcement by calling 3-1-1 or using the following link: https://so311.serviceottawa.ca/selfserve/?reqId=2000038&lang=en