I took a bit of time this summer to be with family and friends. I’ve returned to city hall feeling refreshed and re-invigorated in going to work for Capital Ward residents and for the city.

Here are few things to keep an eye out for:

This past week, the city released a new document about big policy changes that could be included in the new Official Plan. This document, The 5 Big Moves, will help explain the direction the city is taking as it looks towards shaping the future of Ottawa.

We’re only a couple of days away from Pride Week! From August 18 to August 25, Ottawa’s 2SLGBTQ+ community comes together to throw a week-long celebration, and everyone’s invited. There are a variety of events throughout the week; it’s a time to paint the town rainbow!

On Wednesday August 21, Capital Ward will once again play host to the TD Block Party in Aberdeen Square at Lansdowne Park. The event will feature The Peptides, drag performers, DJs and family-friendly activities. Admission to the party is free and it runs from 6:00 pm to 9:00 pm.

The Capital Pride Parade runs from 1:30 pm to 2:30 pm on Sunday August 25. It starts at Bank and Gladstone, goes up Kent Street to Laurier, back over to Bank and finishes up at Bank and Somerset.

Capital Pride is a wonderful celebration of love, inclusion and diversity. It provides open and respectful space for the 2SLGBTQ+ community to advocate issues of concern.

For more information on Capital Pride and to see all Pride Week events, visit their website: capitalpride.ca.

The 16th annual House of PainT Festival delebrating Hip Hop arts and culture will happen the weekend of August 23 to August 25 at the graffiti wall under the Dunbar Bridge (Bronson Avenue near Carleton University).

The event features poets, rappers, MCs, DJs, graf writers, mural artists, street dancers and more. Over the past decade or so, it has carved out an important and vibrant space for itself in the city’s arts and culture scene.

The Recreation eGuide and Mon Cyberguide francophone des loisirs are online atOttawa.ca for Fall and Winter programs. Residents can choose from a wide variety of activities in their neighbourhoods including swimming lessons, fitness classes and skating programs.

To register online, residents will require their client barcode and family PIN numbers. Residents who do not have access to the Internet are encouraged to visit City recreation centres or libraries with public Internet access. They can also visit any Client Service Centre, where staff can help with registration.

As in previous years, high volumes of online registrants are expected throughout the first week of registration, particularly the first evening. Recreation staff are working closely with Information Technology Services, Public Information and Media Relations and Service Ottawa to manage expectations and respond quickly to any issues.

On Sunday August 25, Synapcity is hosting a discussion titled, What Will it Take for Ottawa to be a Safe City? In partnership with House of PainT. The conversation will explore ways in which we can make our city safe and welcoming for all people to participate in civic life.

At the time of writing this, I’ve been informed that construction of the NCC’s Bistro at Patterson Creek could begin as early as Thursday (when this newsletter is sent out). There have been trucks at the site this week, but there’s no official word on when the bistro will open.

This was a controversial issue back in June, and it still is for many. Originally, this was a to be a two-year pilot, but after concerns from residents, the NCC told us it would only be a one-year pilot. We are still working with the NCC to determine what metrics they will use to judge the success of the bistro.

In the meantime, you can learn more about the bistro at the NCC’s website.

Bronson Avenue is a big safety concern throughout the ward, and it will be a big job to properly fix it all. However, bit by bit, we are making steady improvements to increase safety for pedestrians, drivers and bicyclists.

We made a request to reduce speed for safety purposes. The speed limit on Bronson from Rideau River north to Sunnyside has been reduced from 70 km/h to 60 km/h, and the speed limit at the Brookfield offramp will be lowered from 80 km/h to 70 km/h.

By the end of the month, we should have improved signal timing at Bronson and Brewer Way, including an upgrade to accessible pedestrian signal, a prohibition of right turns on red lights for westbound vehicles, a revision of the signals displays for eastbound and westbound movements to provide bicycle signal displays, and revisions to the signal phasing to provide an advanced bicycle and pedestrian signal before westbound vehicles get a green light.

Further, the city will fix the catch basins near the bridge over the canal to eliminate the pinch points in the sidewalk that caused accessibility issues.

Finally, we will be adding in more temporary traffic calming measures. All together, these measures make a good first step in improving Bronson.

Do you care about trees? Do you want to join with me to help protect our urban tree cover?

Trees are an important part of creating a sustainable and livable city. They help our environment, cleaning our air and cooling our cities. They provide protection from the sun in summer and the snow and wind in winter. They line our streets, beautifying our city and calming traffic. Trees are fantastic.

It’s time the city did more about protecting our urban tree cover.

The City is undertaking a review and update of both of Ottawa’s tree by-laws, and the associated processes and procedures. These by-law updates are key to urban forest sustainability and resiliency in Ottawa. Email your feedback on the City’s current tree by-laws to martha.copestake@ottawa.ca by Monday, September 9.

Meeting Points—A Conference on Imagination and Spaces for Social Change 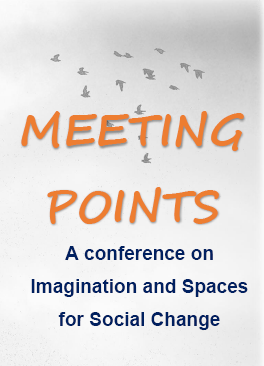 The Providence School of Transformation Leadership and Spirituality at Saint Paul University is holding a community-oriented conference on Monday August 26 and Tuesday August 27. It’s a chance to create opportunities for meaningful exchanges between academics, practitioners and the community. For more information, visit their website.

The third phase of the Inspire555 series to engage the public and gather input on the new Ottawa Public Library (OPL) and Library and Archives Canada (LAC) joint facility is online now at Inspire555.ca.

In a short questionnaire on Public Art and Landscape, Canadians from coast to coast are invited to share their thoughts on the public art they would like to see at the new Ottawa Public Library (OPL) and Library and Archives Canada (LAC) joint facility, and how they would like to use the surrounding exterior spaces. Respondents will also have an opportunity to answer questions on sustainability features in the new facility.

This questionnaire will complement the input that will be gathered at two in-person workshops in Ottawa on August 21 and 22. During these workshops, hundreds of participants are expected to provide input that will serve as inspiration to the artists and designers selected to bring to life the joint facility’s public art and landscape designs.

The architects and joint facility partners firmly believe that public art and the facility’s surrounding landscape are vital to creating a sustainable world-class public destination in the nation’s capital.

The online questionnaire, available until August 27, 2019, can be found at Inspire555.ca.