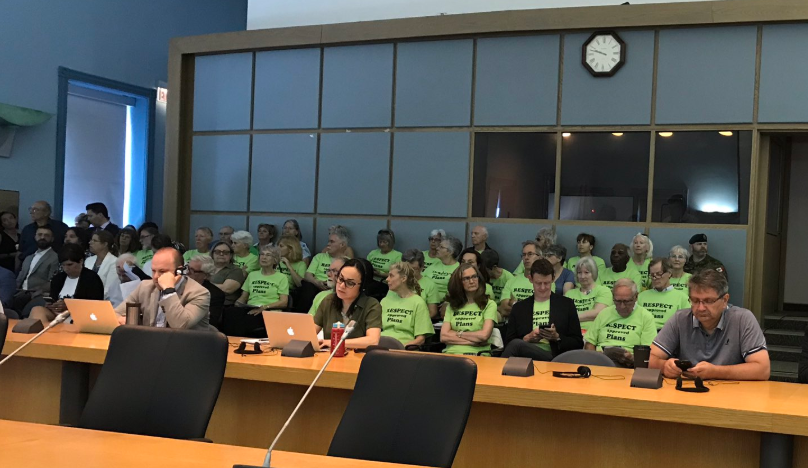 Ottawa—In a report released on the planning and development process in the City of Ottawa, Capital Ward Councillor Shawn Menard calls for democratic reform to representation at City Hall. The primary recommendation is to split the Planning Committee in two, creating more representative decision-making.

This proposal is one of a number of recommendations in the report, alongside increasing transparency, employing a grassroots approach to development planning, by-law and legislative changes, a focus on the environment, and looking to other cities for best practices.

But it is the proposal to break-up the Planning Committee that would bring the greatest structural change to city governance, amplifying the democratic process within the city’s planning process.

“There is an obvious problem with the way this city reviews and approves development applications, often ignoring community design plans, and the thousands of hours of work attached to them. The method to appoint members to this committee is also a problem and is skewing decisions in communities across the city,” argues Menard.

Menard points out that there is precedent in the city for such a change. Currently, all development issues pertaining to rural wards are dealt with at the Agriculture and Rural Affairs Committee. In addition, the Committee of Adjustment is broken into three panels—one for the urban wards, one for suburban wards and the third for rural wards.

“Government decisions are supposed to be made in the best interest of the people, and they should be made by representatives elected by those people most affected by the decisions. We don’t have that now,“ continued Menard.

“Breaking up the Planning Committee would be a straightforward way to bring a bit more democracy back to City Hall.”

The details of the proposal will be tabled as part of Council’s mid-term governance review.